Excitement for the holidays

I remember after momma passed from us to Heaven, I dreaded the holidays. The pain that came with them was so unbearable! Now my boys are adults!!! But God is pouring his Grace into me and brought me joy in family, neighbors, and the holidays! The Thanksgiving Meal for The connection is next week and then my family is having Thanksgiving at Evan and Kiki’s new home! And for Christmas, i get to see 142 children receive wonderful gifts full of love… and thanks to more requests for children by sponsors, we have added two more children and are now able to help more of the children at Countryside! Thank you Amber and G for taking me under your wings four years ago and guiding me with the utmost patience to God’s plan for me! And I am so very thankful that God allows me to be a part of his ministry at the Connection!!!

This afternoon, I drove up Evans Road en route to Manhattan to eat with a friend. As always, I look at The Connection to make sure everything is “Okay”. Many times there are boys playing basketball… other times soccer… and sometimes everything is still, waiting, and beckoning for children to come and play in this safe place. But today, a lone figure was sitting on one of the benches.

I didn’t hear a voice… and I can’t even tell you how He spoke to me… the only explanation is the Holy Spirit interrupted my thoughts pushing away the song I was singing… and told me to check on this lone young man.

I pulled in and approached the boy. I asked if he was okay and explained that God told me to check on him. He was waiting for his family to come home. He had returned home from work and discovered he was locked out and his family was not home. I invited him inside and a meal was prepared of crackers, fruit cups, and fruit roll ups…. but… there was another hunger that would soon be revealed.

We sat while he began to eat and I played one of Lecrae’s new songs, “Worth it”. The young man looked to me and asked me, “Why really did you stop to help me”. I again stated that God told me to check on him.

He began to cry and share of his life and how he had walked away from Jesus. We spent some time together talking about our sins and of how God loves us so much that he sees us in our sin and waits for us to return to him. He asked to pray and repent of his sins before the Lord. We bowed to our knees with our hangs grasped together confessing, thanking, praising and petitioning before the Lord.

I picked up the pieces of dirt we saw in the carpet on the floor… I explained the confessed sins have fallen from us as this dirt, that we have been cleansed by the Holy Spirit, and that Jesus has forgiven us. We talked of this sin and how Christ wants us to leave it here, and because he has forgiven us, we have to also forgive ourselves.

We departed with hugs and smiling through our tears. I assured him that he was not locked out of his house by accident, he did not make his way to the court by accident, and I did not pass by at this exact moment by accident… this moment was designed by our Lord in his compassion and love for this young man.

This young man humbled himself before the Lord. I humbled myself before the Lord and this young man. So often leaders can be seen as unapproachable sinless examples…. but all have sinned and come short of the Glory of Go! We connected as two sinners on the same field coming before the Lord. He relaxed that he wasn’t alone in his struggle with sin, he was relieved that he wasn’t alone in the need to repent. And though our sins were different he knew that we were the same… two children with a father and creator that loves us both and calls us to repentance.

He said when playing basketball on The Connection court, he feels the Lord in this place… and this is why he came here today… he was searching for redemption and peace… and our Lord was drawing him and waiting for him to come to him… and he was found!

On January 15-22, 2018, I will be traveling to the island of Roatan, Honduras to participate in a annual joint effort with the local missionaries on the island and supporters from the United States. Together we assist the children that live at the dump on the island with book bags, school supplies, uniforms and shoes so they can attend school. For the previous 2 years, we have assisted in this effort by providing 60 book bags for these children. We have also assisted Casa De Luz with 40 book bags for the children of the Colonia. Please prayerfully consider how you can be a part of this blessing to help these children attend school and break the cycle. The below pictures are examples of low cost book bags that will meet the needs. The total count of book bags needed is 100.
*** And remember, a reciept will be provided so you can use this as a tax deduction

Four years ago, God provided an opportunity to heal my broken heart still mourning over the death of my mother. I had just returned from a mission trip to Peru, and God lead me to The Connection's Homework Helpers. I began to help an hour or two a week and the rest is history. Whether you are healing a broken heart, have too many lonely moments at home alone, or if there is a fire burning inside of you to serve the Lord, we welcome you to The Connection, 1305 McIlwain Rd, an hour or three a week! Hope to see you tomorrow ❤ 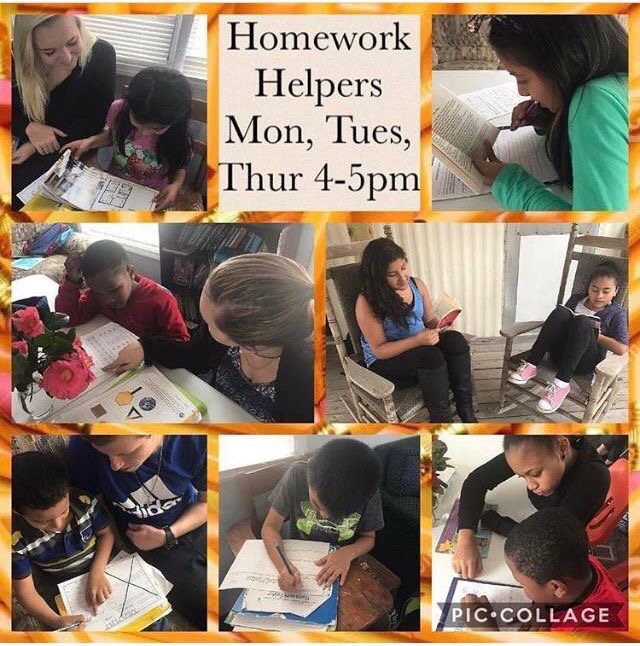 It has been an amazing summer! 4 Vacation Bible Schools, a short term mission trip to Honduras, 5 Day Club, Victory Sports, a cook out, a visiting mission team from Alabama, Youth Serve, The Way, a mission to serve at Walt’s Chapel, a free yard sale of school clothes and food truck, The Way, Mission Possible Backyard Bible Study, and a Back to School Bash! The Connection has truly been a bridge this summer for The Church to serve in the Countryside and also to transport our neighbors to their churches to serve! The Church, loved well, built relationships, and showed this community the hope and light found in Jesus Christ! The children at The Connection experienced many things this month from writing letters to orphans in Honduras to serving the children at a service at Walt’s Chapel in Lancaster! The children and their parents have participated in the daily functions of the ministry from planning to set up. The unity I have seen developing between the children is a beautify sprout we will continue to water. As summer ends, please continue to pray for the children as they return to school, and many of them as they make the transition to middle school…. and for Hannah and my son Brandon as they move to college!!!! Thank you Jesus for your love, patience, grace, and mercy always and forever!

Back to school bash

Tonight was one of those nights when you know that God has been glorified! When you know the smiling faces and the squeals of delight from the children reached the ears of the Lord. His Church loved and provided book bags and school supplies for 92 from Countryside children in his name. They went over and beyond purchasing big sturdy bags, providing all on the list, and adding extra touches to show that they care. In many were candy, body products, and Bibles. They wrote notes of encouragement and love! They cooked hotdogs and cake! Many came and handed the bags to that child while giving a hug and encouragement!
Tonight was also a recognition of Hannah Mae Sims… an intern at The Connection. Hannah will be leaving for North Greenville in a week! Her time of service here has not ended but will be different. Hannah has left us in good hands. She discipled Lauren Steen who completed this summer an internship at The Connection! God blessed me this summer with these two precious servants of our Lord and I look forward to the school year with Lauren by my side!
Thank you Church members who sponsored a child!! Thank you Homework Helpers for finding sponsors for each child! Thank you Cookie for a beautiful and delicious cake! Thank you Second Baptist Youth for delicious grilled hotdogs and chips! Thank you Punkys for the lemonade! And thank you Father God for you provision, your patience, your love, your grace, and your sacrifice for this community! 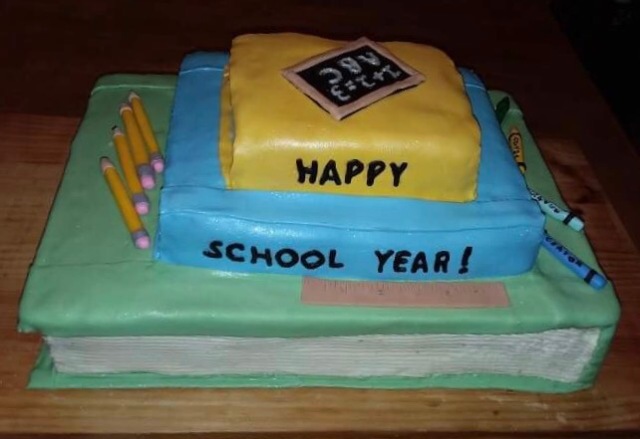 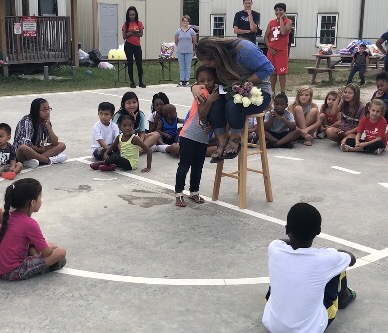 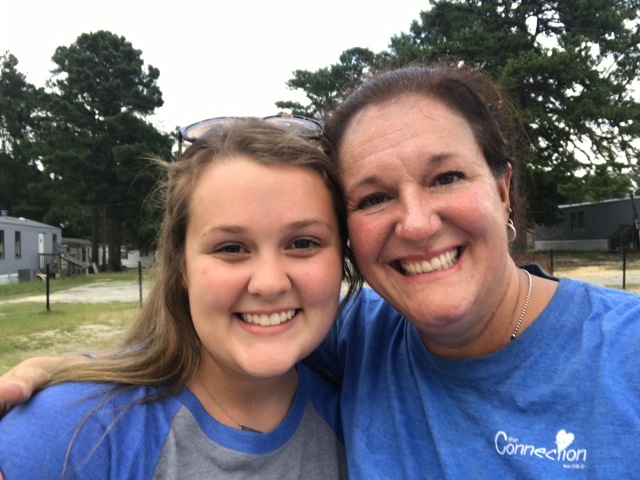 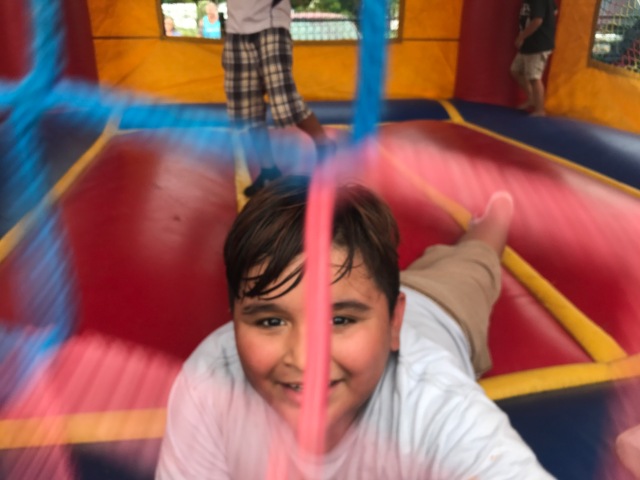 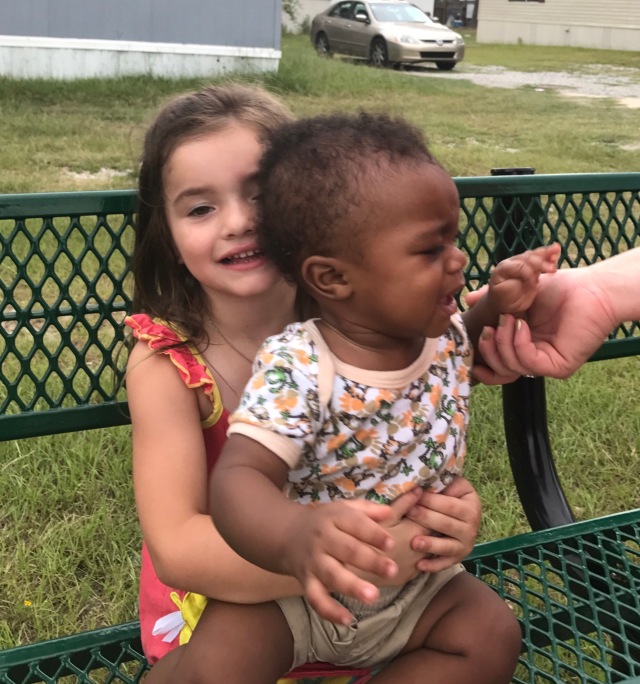 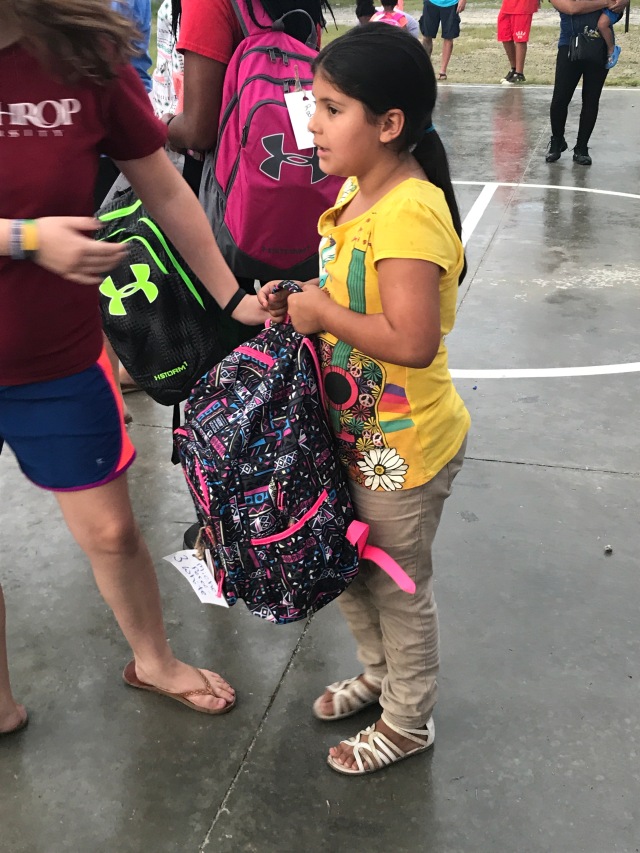 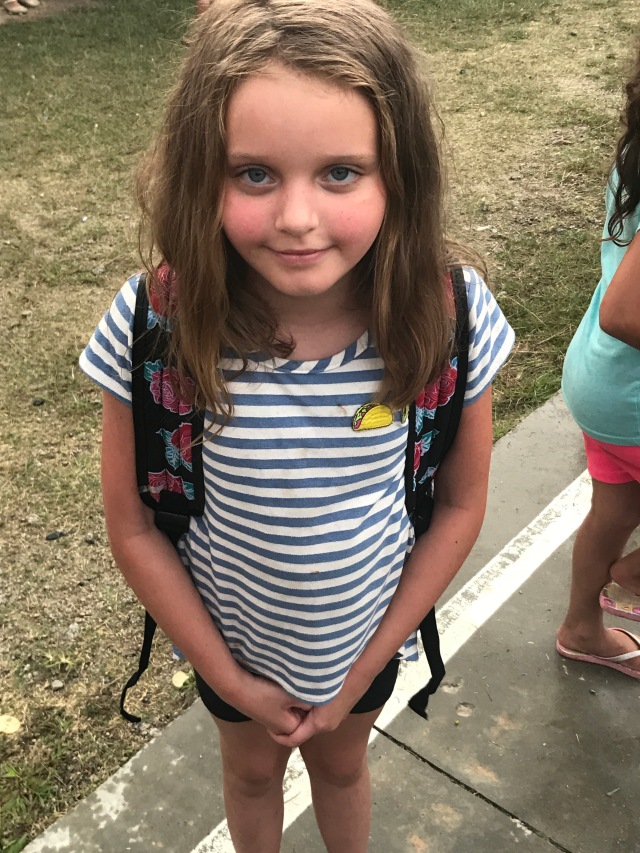 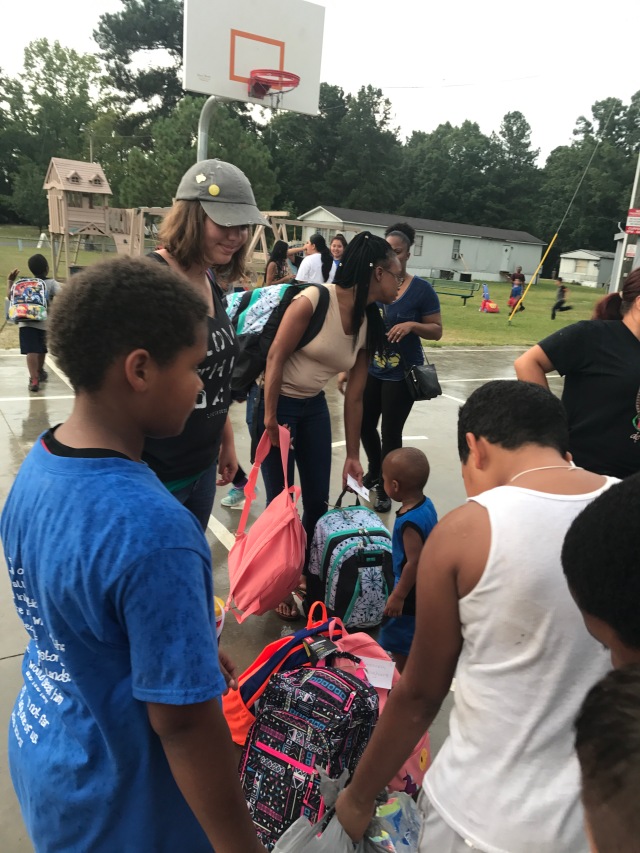 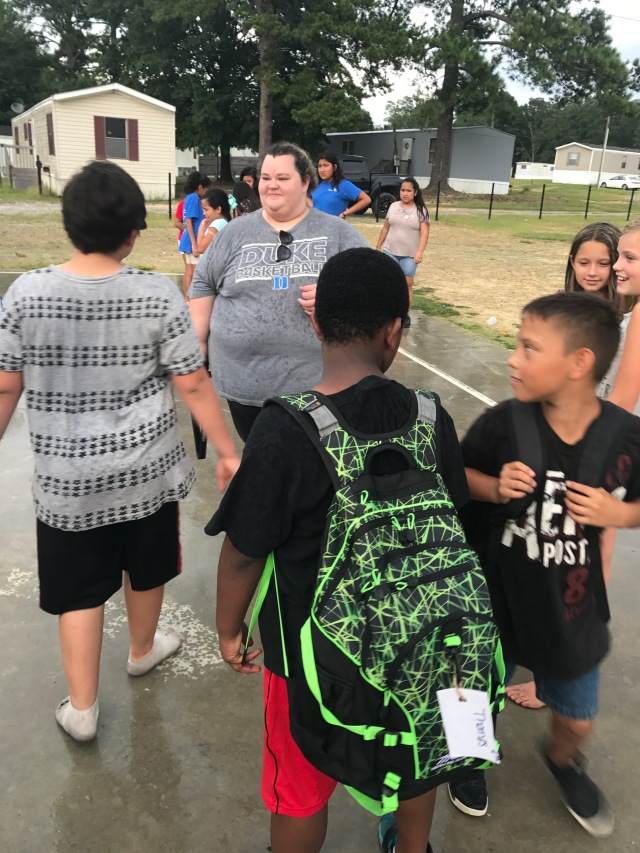 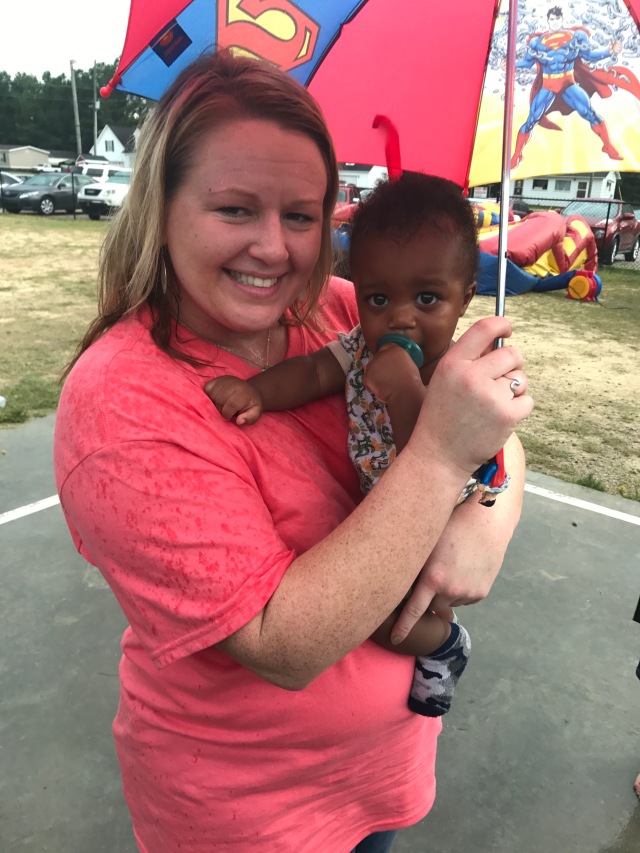 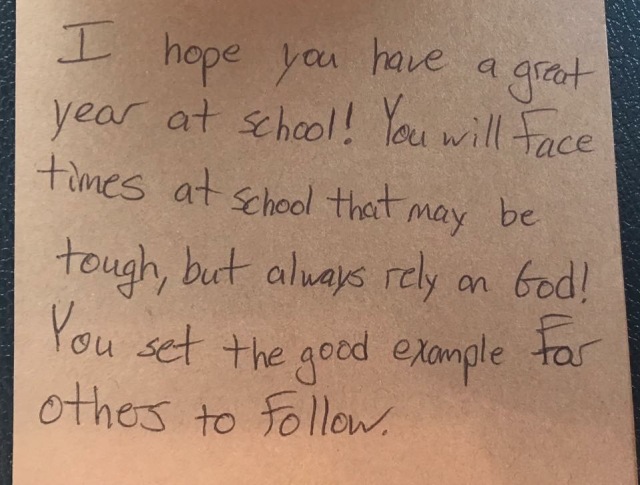 Look at these beautiful stuffed gifts of love!!

When God placed this on my heart, I had many questions for him…. how many kids would be in need for book bags and supplies?… we normally just provide a bookbag Lord, how many sponsors would commit to provide everything on the list of school supply list and a book bag?… would anyone take the time to write a card? Would the Homework Helpers be willing to take a grade each? Father will they be willing to help me? I write to you now with a heart overflowing with amazement at how God has met the needs of these children! We ended up with 92 children from Countryside that was on need of help this year!!! All 92 children were sponsored…. easily sponsored… God touched sponsor's hearts and they were not only willing but excited!!! Not only did they provide the book bag and all the supplies on the list, put also cards with encouragement and prayers for their child's school year! Many also went an extra mile and placed surprises in the book bag for their child! There is no one like our God! He loves this community and he loves our children!
Our children will receive these Friday from 6-8p at the Back to School Bash! Thank you sponsors from the bottom of our hearts and we hope to see you at the party Friday!!!!
This is what my office with 92 bookbags looks like! Look at these beautiful stuffed gifts of love 😍

Proverbs 31 Girls Group had our first tea party today! We had a wonderful time of Bible study, food, and fellowship! We are making plans for monthly events for our girls and boys groups! Contact us to sign up your church to sponsor an adventure! 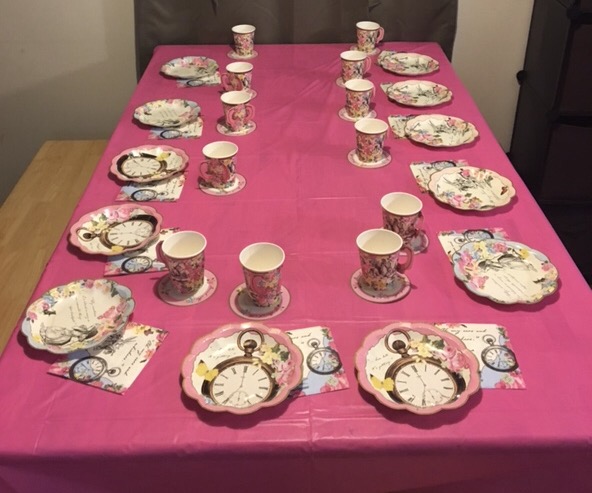 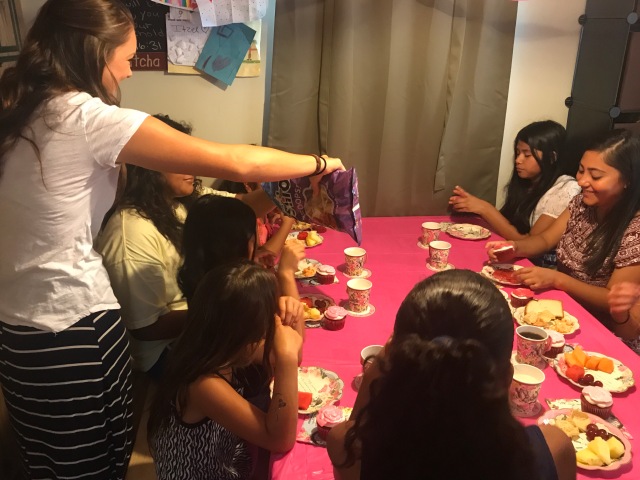 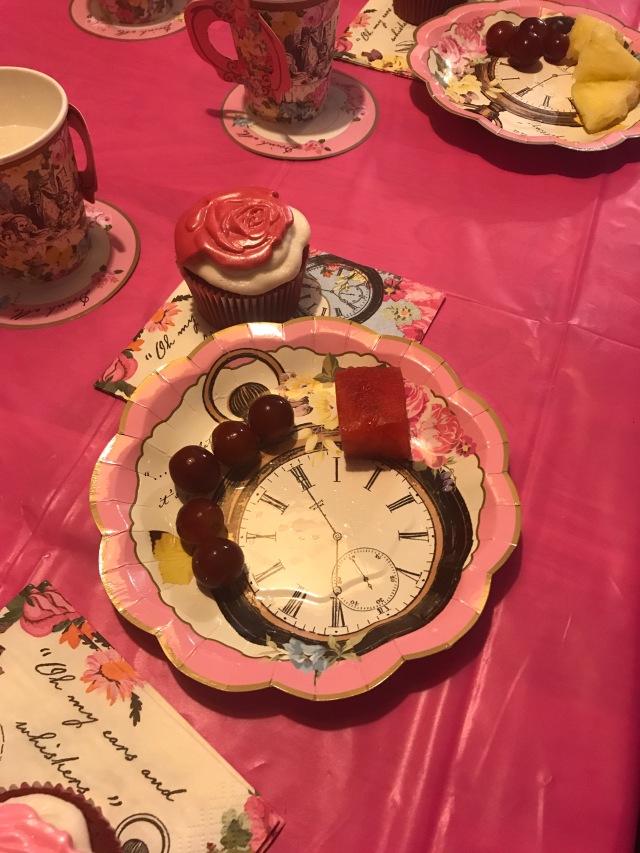 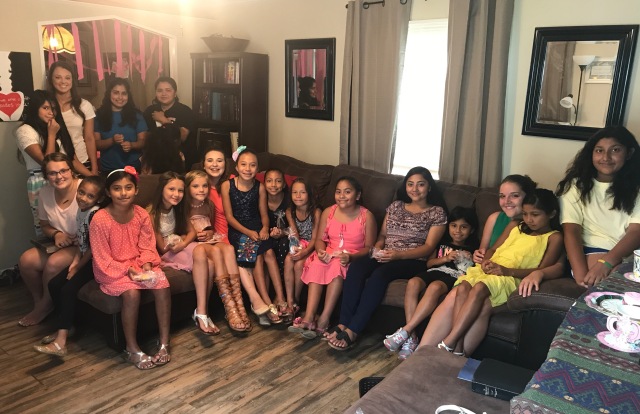 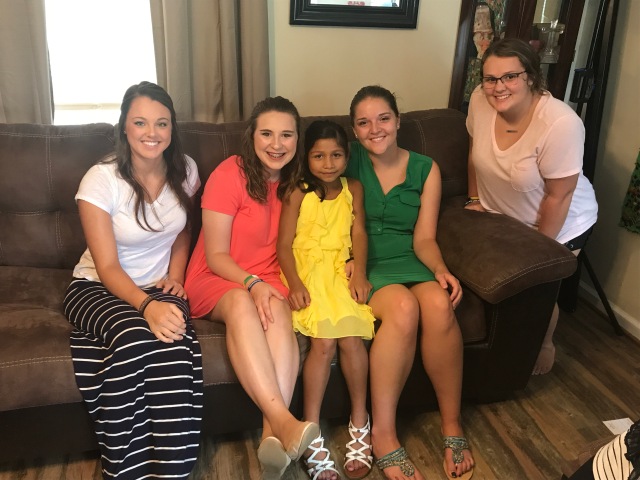 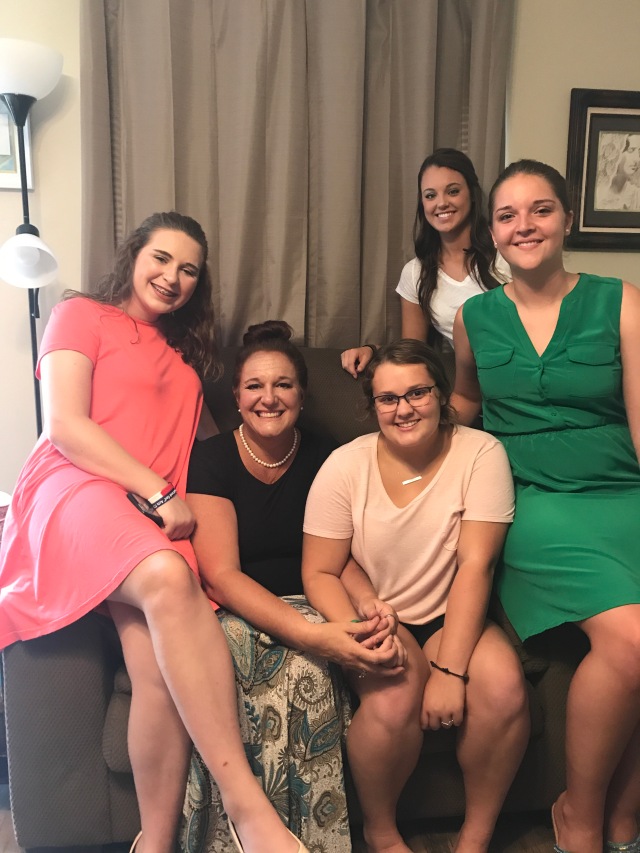 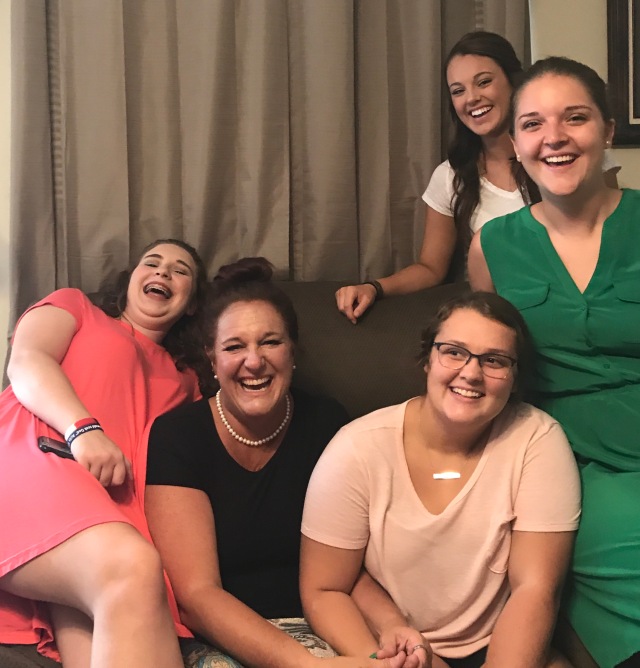 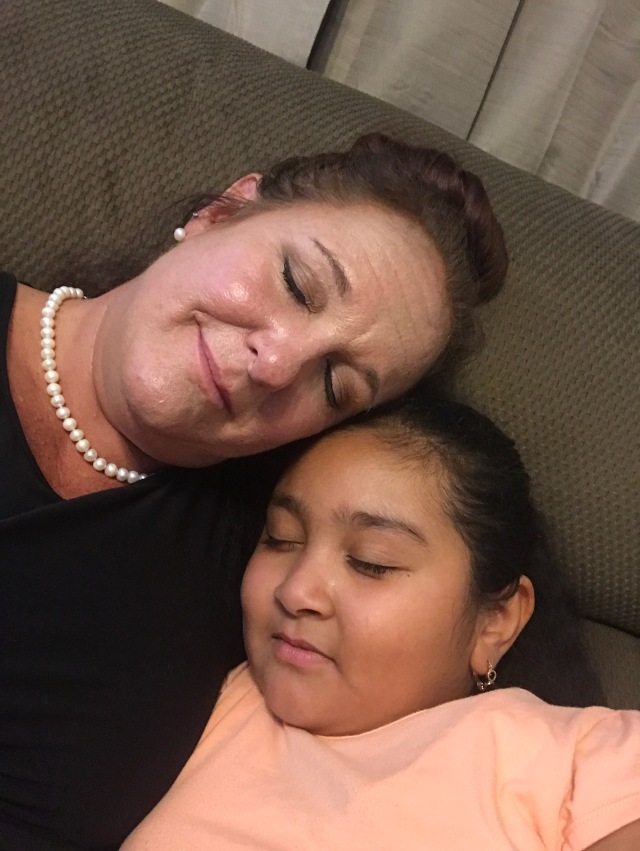 This warms my heart! God gave us all something to use for his glory!

The Connection is now a non-profit

This federal tax id number will allow donators to the ministry to be able to count their donation on their taxes…. which means donations will increase…. the prayer is to offer scholarships, building fund, etc! Praise God for this blessing!!